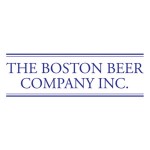 Jim Koch founded the Boston Beer Company back in 1984 after brewing the first batch of Samuel Adams Boston Lager in his kitchen. It was his mission to reshape the way American beer drinkers thought of American beer. Today, Samuel Adams makes more than 21 styles of award winning beer and is recognized around the globe as a hot house of new beer ideas. The culture at Samuel Adams is centered around a love of the beer and a wondrous curiosity for all things beer. Twisted Tea Half and Half